The Best Question to Ask Yourself When You’re Feeling Overwhelmed

I remember one night when I expressed to my wife, Kristi, that I was feeling overwhelmed. At that time she asked me an incisive question: “What are you believing about God right now?”

Kristi’s question revealed that I was thinking hard thoughts of God. Continue reading…

For more on correcting our concept of God, see video, Journey Home to Love and this article.

Mike Quarles just published an expanded edition of his booklet on Kindle. It’s titled The Key to the Victorious Christian Life: A Grace Oriented Introduction.

“The Director of Grace Walk Recovery, calls attention to the pervasive need for Christians to live an overcoming, abundant life. In this concise biblical summary, he explains how to experience the victory, peace, freedom and joy God has provided for believers in Christ.”

This week the Kindle edition is on sale for 99 cents. It’s a great opportunity to “gift it” to others (if you know their email address). 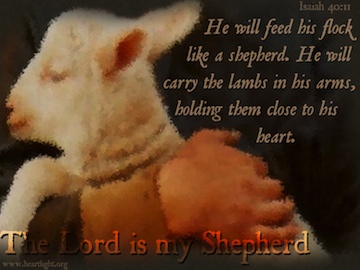 …The writer of Proverbs addressed this issue saying, “Watch over your heart with all diligence, for from it flow the springs of life” (Prov. 4:23).

The point is, if the water is bad, don’t clean the pond; check the source. My friend John, for example, found himself constantly irritated at work, so he attended an “I will not be irritated anymore” seminar to control his behavior. But John’s primary emotion was not irritability; it was the fear that if he couldn’t produce more, faster, harder, and better, he would be terminated.

Explosive pressure dominated this primary emotional area. Driven by the root of fear, John was emotionally exhausted and angry, but couldn’t say anything. His behavior — the secondary “crabapple” of anger — originated from his primary root of fear. Life change is not about conforming to a new law — “Thou shalt not be angry at thy neighbor” — but about transforming the inside, because the outside is most often an expression of the inside heart. Establishing and following a whole new set of behavior-conforming laws will only displace the basic heart problem, not resolve it. If transformation is to take place, the heart problem has to be identified, exposed, and surrendered to the Spirit’s/Father’s scrutiny. Additionally, the believer must accept a new identity, one founded on the reality of who he/she is under the blood of the cross. In our coaching sessions, John saw his root fear. He realized he was not believing God for His provision, and the anger at others’ behavior amazingly disappeared. With an understanding of Father’s Love (Grace), treating the root led to natural changes in the fruit…